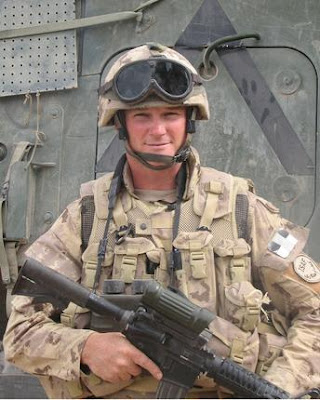 Capt. Jefferson Francis touched the lives of everyone around him, whether he was in or out of his soldier’s uniform, his family said Friday.

In a written statement, family members said the loss of Capt. Francis will be felt by many.

"We have lost a son, a brother, a nephew, a partner and a father today," they wrote. "Everyone who knew Jeff as a family member, a friend or a comrade will miss him dearly."

A forward observation officer and artillery co-ordinator with 1 Royal Canadian Horse Artillery, Capt. Francis, 36, died Wednesday with five other Canadian soldiers and a civilian Afghan interpreter when the RG-31 Nyala patrol vehicle they were travelling in struck a bomb on a gravel road southwest of Kandahar.

Born in Oromocto, N.B, Capt. Francis lived in the Halifax area from 1979 to 1982, when his father was posted to CFB Shearwater, and attended Hampton Grey Memorial School in Shearwater. He again made the city his home for a year in 1999 while working on his PhD, and his parents live in Eastern Passage.

Flags were lowered to half-mast at Province House on Friday out of respect for Capt. Francis and his family.

Lt.-Col. Peter Williams, commanding officer for the artillery regiment, which is based at CFB Shilo in Manitoba, offered condolences to Capt. Francis’s parents and younger sister, as well as his partner Sylvie and young son Ry, in a statement issued Friday morning.

He noted that Capt. Francis was born on Remembrance Day 1970 and described the soldier as "calm, confident and always in charge."

"He was indeed a quiet professional, the very hallmark of Canadian soldiers," Lt.-Col. Williams said. "He also had a dry sense of humour, which went a long way to making his team so effective."

Lt.-Col. Williams added that Capt. Francis was the top candidate on his artillery officer training course and was promoted to captain in 2005.

Lt. Andrew Farrow, also an artillery officer with 1 Royal Canadian Horse Artillery, said he lived in the room next to Capt. Francis in the base’s barracks and they were close during their six years of friendship. Before he moved into the barracks, Lt. Farrow said Capt. Francis was a frequent and welcome guest at his home.

"Jeff had spent quite a bit of time at my house and spent his birthday at my house," he said. "We were pretty tight.

"He was an amazing friend and like a brother to me."

Lt. Farrow also said his friend was an avid baseball fan and they logged many hours watching games on television.

Capt. Francis had nothing but the deepest love for his little boy, his friend said. "He was ecstatic about having his son."

Kristopher Lee, a former gunner with the artillery unit, said Capt. Francis was also into martial arts and Ultimate Fighting.

"Jeff was in love with mixed martial arts," Mr. Lee said, adding that Capt. Francis even helped him find a sparring partner when he was military tasking at CFB Gagetown in New Brunswick.

"He always did his best to make everyone happy, under any circumstances."

Aside from his sporting interests and physical regimen, Capt. Francis also had brains, Lt. Farrow said. He had completed his master’s degree in social sciences at Ottawa’s Carleton University and was planning to finish his PhD in the same field.

Capt. Francis enlisted in the Canadian military at age 30 in September 2001. He shipped out to Afghanistan in February 2007.

Obituary of a Hero:
FRANCIS, Captain Jefferson Clifford On 04 July 2007, Captain Jefferson Clifford Francis, 36, died while serving with the Canadian Forces in Afghanistan when his armored vehicle was destroyed by a large land mine. He will be greatly missed by his wife Sylvie Secours, son Ry Logan Secours-Francis (8 months); mother Marion Murray, father Russ Francis, sister Mica Francis and brother-in-law Aaron MacDonald; aunts Marilyn Murray and husband Mike Williams of Cambridge Narrows NB; Melanie Murray and sons Damian and Gabriel of Kelowna, BC; great-aunts Pearl Charman and Florence Waugh of Wallace and Malagash NS; grandfather Herbert Francis, aunt Peggy Francis, uncles Butch, Rocky and David Francis of Chilliwack, BC and many cousins; mother and father-in-law Diane and Gaetan Secours and brother-in-law Marc and nephew Dakota of Ottawa. Jeff obtained a Bachelor of Arts in Mass Communication, a Masters of Arts in Canadian Studies, and was pursuing a PhD at Carleton University when he was drawn to the Army in 2001. He was a serious student of world and military history, pop culture, philosophy and art history. Jeff loved participating in sports and physical challenges, especially the Army Mountain Man Competition and martial arts, Jujitsu and Grappling. Jeff loved his wife, son and family preferring to spend vacations with them in the Maritimes. Jeff had many military and civilian friends across Canada who will also miss him. His deep humanitarian beliefs inspired his commitment to provide the security needed to improve the lives of the people of Afghanistan.
A trust fund in the name of Ry Logan Secours-Francis is being established with Scotiabank and contributions can be made at any Scotiabank Branch.
Jeff was an Airborne Artillery Officer with 1RCHA based at CFB Shilo.
A private funeral with family and close friends is planned.

Going home, going home,
I'm just going home.
Quiet-like, slip away-
I'll be going home.
It's not far, just close by;
Jesus is the Door;
Work all done, laid aside,
Fear and grief no more.
Friends are there, waiting now.
He is waiting, too.
See His smile! See His hand!
He will lead me through.

Rest with dignity and honour Captain Francis. God Bless you.
To view or sign the guestbook for Captain Jefferson Francis, click here:

R.I.P Have a nice afterlife,

I haven't seen Jeff since he left Winnipeg many years ago (he may have been 18 at most). We were close for a couple of years but one night, we had a fist fight over god knows what. We were never the same after that. He was a mess. I was a mess. Our whole group was a mess. We were young. Evidently, he turned his back on "being ridiculous" and embraced his immense potential. I'm sad I never got to meet the man he became. I'm just sad he's gone.

Military Mom
With a son having completed a second rotation in Afghanistan, I stand proudly supporting our troops. I am here to hold the hand of fellow Military Moms and Dads,sisters and brothers, husbands and wives, and friends.. Here .. as I too am a Military Mom. militarymomathome(at symbol)hotmail(dot)com 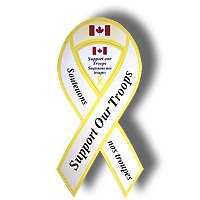 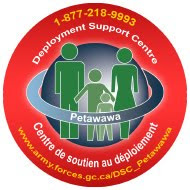 The Member Assistance Program is a voluntary and confidential service, initiated by the Canadian Forces (CF) to help members and family members who have personal concerns that affect their personal well-being and/or work performance.
24 hours a day, 365 days a year
1-800-268-7708 or 1-800-567-5803

Readers From Around the World

Operational Stress Injury Social Support Program (OSISS)
OSISS is a national DND peer support network to help those suffering from operational stress injuries as a direct result of military service.
This program, supported by VAC, is available to Canadian Forces (CF) members, Veterans, and their family members. For confidential peer support call 1-800-883-6094 or visit the OSISS Web site at www.osiss.ca.

News Room | Department of National Defence and the Canadian Forces 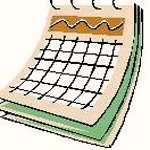 Followers Of Military Mom at Home

The Centre for International Governance Innovation (CIGI) is an international think tank founded in 2002. CIGI's main purpose is to address international governance challenges through world-class research. CIGI strives to identify and generate ideas for global change by studying, advising and networking with scholars, practitioners and governments on the character and desired reforms to multilateral governance issues. Through conferences, workshops, publications, public events and technology, CIGI aims to raise capacity to effect change in public policy both in Canada and around the world.

Check It Out- Information 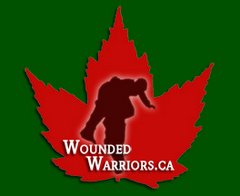 HUA! BLOGS THAT SUPPORT OUR TROOPS! 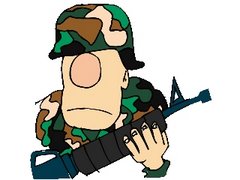 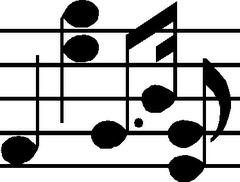 The opinions expressed in each blog post at Military Parent are those of the specific post's contributor, and should not be attributed to any other group, organization or individual with which any of the contributors is affiliated, including each other. Neither do others' comments to these posts represent the contributors' opinions. Furthermore, any links provided to other websites are for information purposes only, and don't imply any endorsement on the part of the contributors.This website is not endorsed by the Department of National Defence, the Government of Canada, or any other group or organization.